Fallen Angels: Every Treasure on Earth

"Young at Heart" (Johnny Richrards, Carolyn Leigh) 1953 - A beloved standard and an appropriate one for Dylan who lives up to its advice and knows "it's worth every treasure on earth to be young at heart."


"Maybe You'll Be There" (Rube Bloom, Sammy Gallop) 1947 - Speaks to a painful longing, not too far from some songs on Blood on the Tracks like "A Simple Twist of Fate" and Shelter From the Storm," boiled down to their pure essence.

"Polka Dots and Moonbeams" (Jimmy Van Heusen, Johnny Burke) 1940 - At a country dance the narrator meets a "pug nosed girl" wearing a polka dot shirt and falls in love. The song has a happy ending, they live "in a cottage built of lilacs and laughter." Polka Dots were influential in 20th Century fashion going back to the 1920s. Traditionally considered feminine, men began to don them in the 1960s, including Dylan! 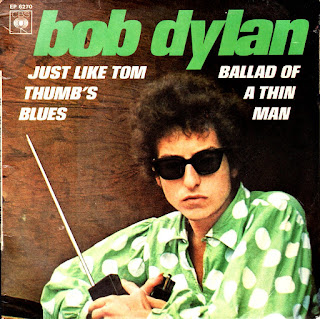 "All the Way" (Jimmy Van Heusen, Sammy Cahn) 1957 - Written for the film The Joker is Wild starring Frank Sinatra as Joe E. Lewis Dylan recorded as a country waltz, stately with a touch of the mystic. 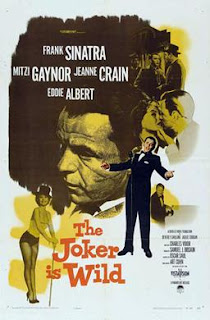 "Skylark" (Johnny Mercer, Hoagy Carmichael) 1942 - Country folk version, a love song inspired by Judy Garland, the lyrics are poetic: "Skylark, have you seen a valley green with spring/where my heart can a-journeying/over the shadows and the rain to a blossom covered lane."

"Nevertheless" (Harry Ruby, Bert Kalmar) 1931 - Existential song, the narrator has no idea what life has in store, but he's in love and nothing else matters. The Andrew Sisters recorded a memorable version.

"All or Nothing at All" (Arthur Altman, Jack Lawrence) 1939 - An early Sinatra hit, dealing with love and ultimatums. Dylan's version swings along, pleasant with its simplicity. The Coltrane Quarter recorded a stunning interpretation.

"On a Little Street in Singapore" (Peter DeRose, Billy Hill) 1930s - One of the more obscure selections, about a sailor in Singapore. The Manhattan Transfer revived the song in the late 1970s.

"It Had to be You" (Isham Jones, Gus Kahn) 1924 - An amazingly popular song for the entire 20th Century. Used perhaps most memorably in Annie Hall as performed by Diane Keaton. Dylan's vocal is reverent and moves along with an easy pace.

"That Old Black Magic" (Harold Arlen, Johnny Mercer) 1942 - The jazziest song on the record. Another extremely popular song performed in movies by the likes of Marilyn Monroe, Jerry Lewis, Bing Crosby, Kermit the Frog, and many others. Here's the iconic Ella Fitzgerald version.

Fallen Angels is a tapestry of American songs from diverse genres. Dylan's vocal style expresses a reverence for the past with his own distinct style. With nostalgia and grace, the album allows for further treasures to be rediscovered - and the artists who brought so much to them.

"A Brief History of Polka Dots" by Chloe Pantazi https://www.thehairpin.com/2013/06/a-brief-history-of-polka-dots/
Posted by Eric Gilliland at 3:58 PM No comments: